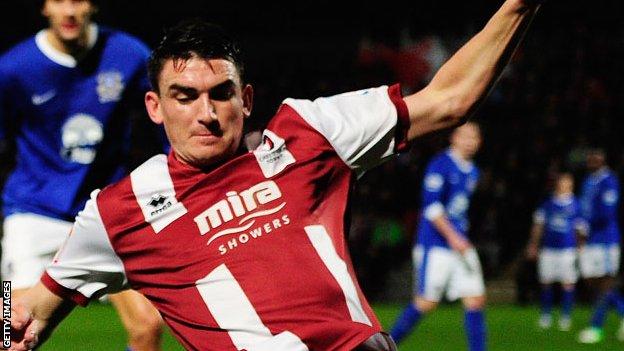 The 26-year-old, who can also play in midfield, has signed a month-to-month deal and looks set to fill the void left by injured wing-back Andy Sandell.

"It was a bit of a no-brainer really," said Jones.

Striker Aaron O'Connor is still at least a fortnight away from match fitness following a groin injury which has kept him out so far this season.