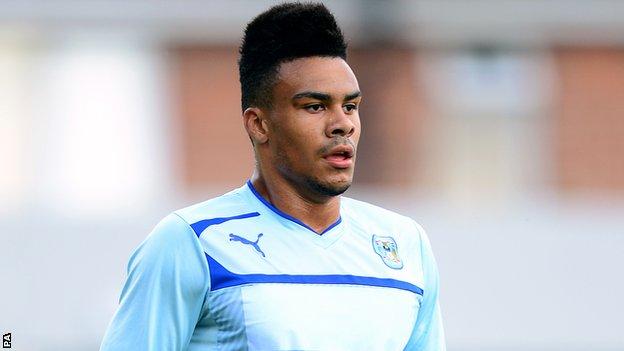 Coventry City defender Jordan Willis has signed a new two-year contract, with the option of a further year.

A product of the Sky Blues youth system, the 19-year-old made his debut against Southampton in 2011 and has so far played 11 first-team games.

Last season, a loan move to Nuneaton fell through, but he has been involved in five games for Coventry this term.

"[He's] a very talented young defender and we have very high hopes for him at this club," boss Steven Pressley said.

Willis' last three appearances have been as a substitute, but Pressley believes the former England Under-19 international has the potential to make a real impact at the club.

"He must continue to work extremely hard, but his chance will come. And, when it does, he can go on to be a big player for this football club.

"Jordan's attitude epitomises the values we want to uphold at this football club," he added.