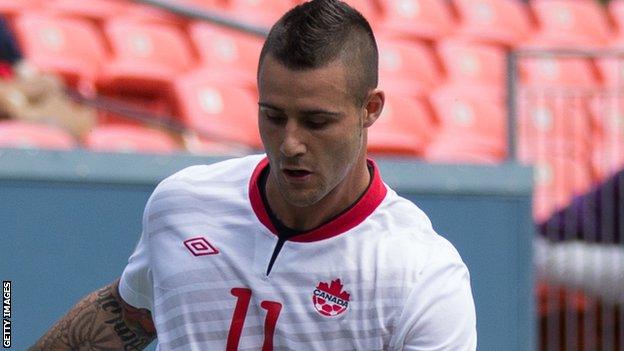 Huber, 24, scored seven goals in 46 appearances last season, but was transfer listed in May and has joined on a three-month emergency loan.

Villa's Grealish, 18, has moved to the League One side on a youth loan deal until January.

Both players are available for County's game against MK Dons on Saturday.

Huber striker joined Stevenage from St Johnstone in the summer of 2012 and has also had spells at Vancouver Whitecaps, West Brom and Exeter.

Grealish has yet to make a senior appearance for Villa, but was named in the first-team squad at the age of 16 for the Premier League game against Chelsea in March 2012.