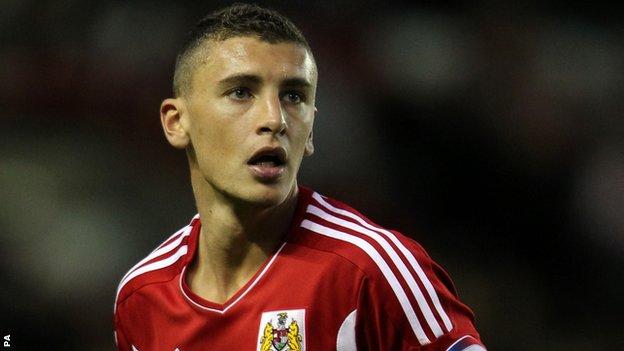 The 24-year-old has only made one appearance for City since Sean O'Driscoll took charge in January.

He has been allowed to move for first-team football after an injury forced loanee Ryan Inniss to leave Whaddon Road for parent club Crystal Palace.

"It's great to have him here and he'll go straight into the team," Cheltenham boss Mark Yates told the club website.

"It has been a strange week and we have had a number of knocks to defenders and it was important for us to move quickly with Ryan being out for a number of weeks."

Wilson, who has twice had loan spells at Brentford, has made 35 appearances for the Ashton Gate side since coming through their youth system.