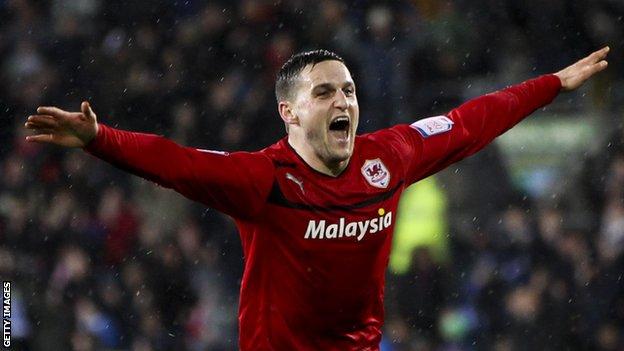 The 28-year-old, who has been capped five times by Scotland, made 27 Championship appearances during the Bluebirds' promotion season last term.

But his only appearance for them this season came as a substitute in their Capital One Cup tie at Accrington.

He will provide cover at the Amex Stadium for Andrea Orlandi, who is out for over a month after knee surgery.

"Craig is very experienced at this level and knows what it takes to be successful in the Championship," Seagulls head coach Oscar Garcia told the club website.

"He can play on either wing or up front as a second striker. He also has international experience and is a player who will improve our squad."

Conway has made a combined total of over 300 career appearances for Ayr, Dundee United and Cardiff, and played for Scotland in their 3-2 defeat by England at Wembley in August.

Subject to international clearance from the Football Association of Wales, he will be available for Brighton's trip to Reading on Sunday.