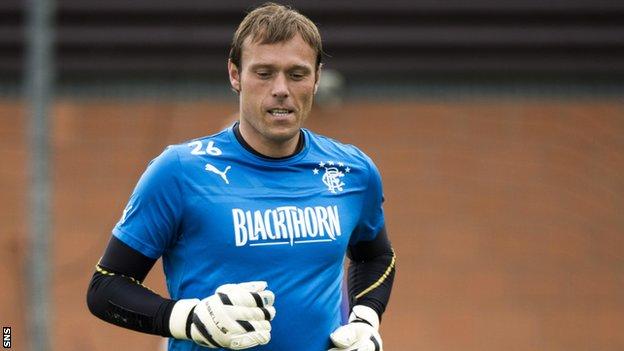 Veteran goalkeeper Steve Simonsen has joined Rangers until the end of the season.

The 34-year-old was with Dundee last season and counts Everton, Preston, Stoke and Sheffield United among his former clubs.

The Englishman will provide experienced competition for Cammy Bell.

Scott Gallacher, who played while Rangers were the subject of a signing embargo, has joined League One rivals Airdrieonians on a three-month loan.

The 24-year-old filled in for six games, conceding two goals, before Bell, who joined over the summer as a free agent from Kilmarnock, played as a trialist in the most recent league match.

With the club's registration ban now lifted, manager Ally McCoist is free to field all of his new recruits.

Meanwhile, defender Andrew Mitchell, 21, has moved to Annan Athletic on a three-month loan.