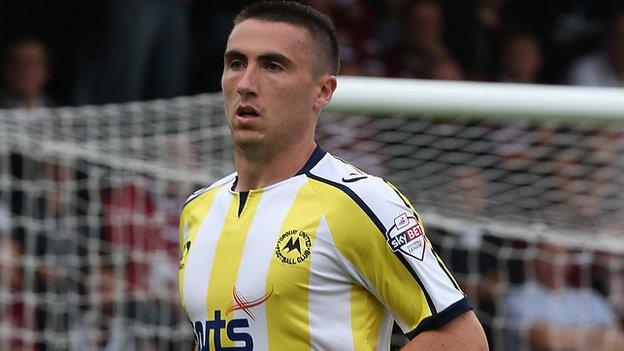 Ball put the hosts ahead after just two minutes as he latched onto Jordan Chappell's pass before Byron Harrison equalised with a header.

The Gulls went ahead on the stroke of half time through Ball's deflected shot and Karl Hawley extended the lead with a low angled shot before Terry Gornell pulled one back for Cheltenham.

But Chappell sealed the points with a left-footed strike from inside the box.

"The performance wasn't good enough and we know that. We need to get back on the training ground and we've got to correct it.

"We picked the same team because they played well and should have beaten a decent Oxford side last week, today the same team didn't unfortunately.

"We looked in charge of the game but then to concede in the 47th minute of the half was just not a good thing to happen.

"We've got to keep working together and like I've said before, we've got people waiting to come back from fitness and that will help but we just keeping going and working on the training ground."