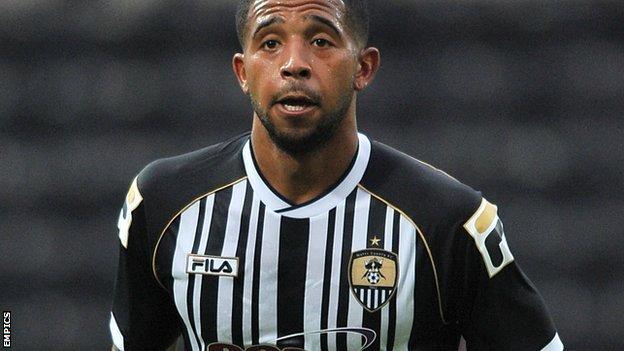 Goals from Joss Labadie and Marcus Haber either side of the break sealed Notts County's first league win of season against Tranmere.

Jean-Louis Akpa Akpro then went close to a second-half equaliser, crashing his header off the post.

But as Rovers pushed for a leveller, Magpies substitute Haber tapped in from a neat Mustapha Dumbuya cut back.

Former Motherwell defender Tom Hateley - son of ex-England international Mark - was rushed into the side for his Rovers debut at Meadow Lane just hours after signing a four-month deal with the League One club.

On-loan Aston Villa teenager Jack Grealish was a constant menace for the Magpies and at the centre of all of their early ingenuity.

And while the visitors rarely troubled County, both Max Power and Akpa Akpro still managed to carve out strong chances and forced goalkeeper Bartosz Bialkowski into action before half-time.

Tranmere keeper Owain Fon Williams saved well from Haynes' near post effort after the break as Andre Bouchard put the midfielder through on goal with a brilliantly weighted pass.

While Haber managed to double the hosts' advantage from point blank, he was denied a second of his own as Adam Dugdale cleared off the line after the striker latched onto a low Labadie cross.