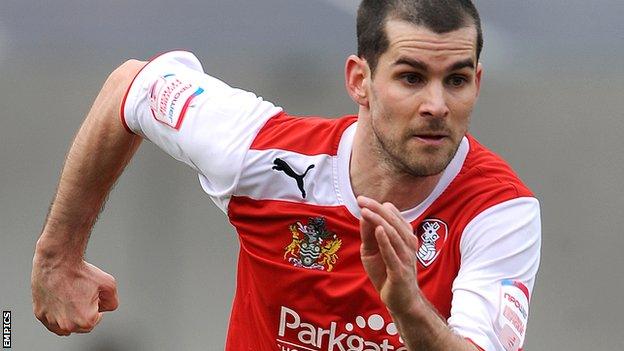 Rotherham United stretched their unbeaten start to eight games with a hard-fought draw against Walsall.

The Millers took the lead early on when Alex Revell delivered for former Wolves Academy striker Daniel Nardiello to nod in his fifth goal of the season.

Nardiello had a penalty appeal turned down after the break which was the closest either side came to a winner.

"Once again, we looked solid. It was a fair result in the end. We were the better team in terms of possession, but we didn't create as many chances as we would have liked.

"It was a disappointing goal for us to concede but we responded well to falling behind and controlled the game for long spells.

"The opposition came here with a game plan and, fair play to them, they made it difficult for us. The final pass just wasn't there, but the most pleasing thing for me was the way in which we dealt with their threats."

"It's a tough place to come against a good team, we've been on the end of some atrocious refereeing decisions.

"I use that word correctly, because he's a good referee Stuart Attwell, but certainly he's had better days.

"You have to believe as a manager that decisions level them out over the season."