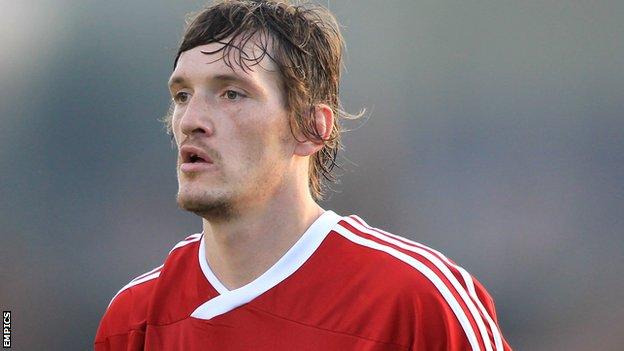 Paul Clayton's brace helped Alfreton move up to third in the Conference Premier with victory over Barnet.

The Reds were ahead at half-time thanks to John McGrath's fine free-kick - his first goal for the club.

But Clayton restored the hosts' lead when he finished John Akinde's cross before adding his second by despatching Danny Meadows' through ball.

The result means Alfreton remain unbeaten at home in the league this season, while Barnet drop to eighth.

"I think they knocked the ball around well and they've got some very good football players.

"We knew that if we tried to get involved in a passing game against them, we might be in trouble.

"So we came out and set about them early doors and we had to be disciplined, keep our shape and be organised and I thought we were.

"I think we took a deserved lead and if we could've come in two or even 3-0 up at half time, but we missed a couple of good chances. On the positive side, at least we were there to miss them, but it could have been slightly easier for them."