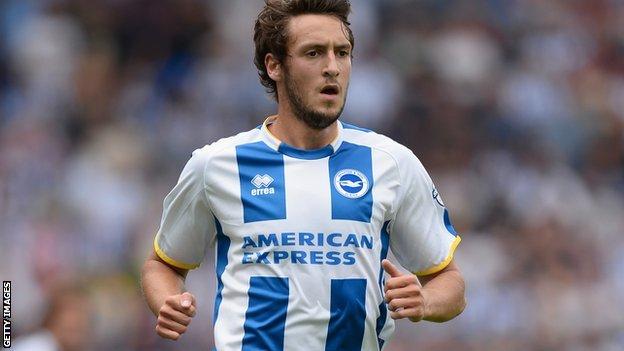 Spaniard Inigo Calderon's low half-volley put Brighton ahead and Will Buckley sealed the win when he cut inside and curled beyond Adam Bogdan.

The not so fantastic five

Bolton are one of five teams in the Football League not to have won this season. Sheffield Wednesday, League One sides Bristol City and Gillingham and League Two's Accrington are all still searching for their first three points.

Dougie Freedman's Bolton side went into the game with only one away point all season and David Ngog missed the chance to give Wanderers the perfect start when his shot was saved by Kuszczak.

Lopez put the struggling visitors ahead when he bizarrely put the ball into his own net from an Eagles set-piece.

The Seagulls had drawn 0-0 in their last two matches and equalised when Lua Lua, who had earlier hit the crossbar, saw his free-kick converted by Spearing.

Buckley and Lua Lua could have extended the home side's advantage before Jermaine Beckford wasted a good chance to net a late consolation from Marc Tierney's pass.

Wanderers and Sheffield Wednesday are the only sides in the second tier not to have registered a win so far this season.

"It was a very important win for us. It was important more than anything to get three points after the draws at Reading and QPR.

"I told the players at half-time that that we needed to be more clinical. We lacked a killer instinct in front of goal despite a lot of pressure in the first half.

"When you play at home there is more pressure, more expectation, so I am pleased for the players because we have many injury problems and it has made it difficult for us."

"I think my job is very safe. I don't ignore speculation surrounding my job but I don't feel the pressure of it.

"When you've been in the game for so long you learn to deal with speculation about being sacked. It doesn't faze me at all and it's my job to take the blame away from my players.

"I understand more than anyone exactly what we have to do to turn things around. We need a couple of players in on loan and time to gel as a team."