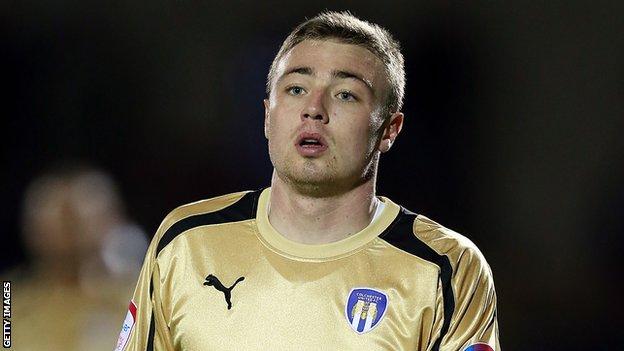 Colchester and Crawley shared the points in an entertaining draw.

Freddie Sears put the U's in front as he stroked home Brian Wilson's cross before Emile Sinclair equalised with a powerful header.

Jabo Ibehre hit the crossbar for the hosts and Alex Gilbey's shot was deflected into the keeper's arms as the game flowed from end-to-end.

Crawley also had chances as Andy Drury struck the post and Billy Clarke's effort was ruled out for offside.

"I thought it was two teams cancelled each other out. It was a difficult game. I thought once we got a foothold in the game, we got a good goal and we played well.

"We've hit the bar, Jabo [Ibehre] has had a couple of good opportunities to put the game beyond Crawley, and what happens, they go on the counter and get a goal.

"We came out and we had a go and we tried to win the game. I'm OK with today, there's a lot of things we can improve on.

"It was frustrating probably to watch as a supporter, but on another day we would have lost that."

"I thought maybe we just edged it, particularly in the first half in terms of possession.

"In the second half I thought maybe we just edged it in possible opportunities but we just fizzled out.

"I would say 1-1 isn't a million miles off from a fair result but I think an extra 5% we probably would have nicked all three points.

"Our decision making in the final third let us down a little bit today and I just thought some of our football was excellent but maybe we didn't work the goalkeeper enough."