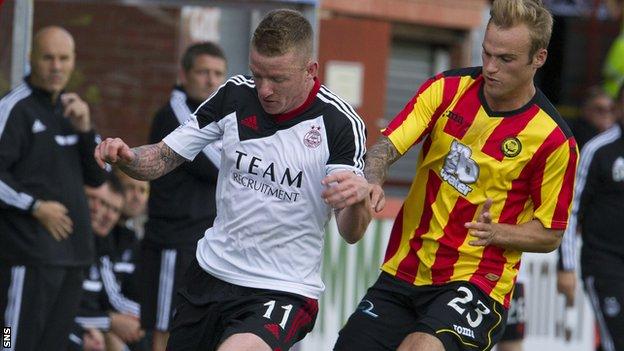 Partick Thistle boss Alan Archibald has lamented the way his side made basic errors which saw them succumb to a 3-0 defeat to Aberdeen.

The Jags were on the back foot when Calvin Zola and Peter Pawlett gave Aberdeen a two-goal lead and Josh Magennis wrapped things up in the second half.

"We were second to most things and made basic errors which cost us the game.

"You can't give goals away in this division, I stressed that to them at the start of the season you can't make errors and concede the first goal."

Partick's defeat means they are just outside of the top six but Archibald has been pleased with how the season has begun for the Scottish Premiership newcomers.

"It's a sore one to take losing three goals at home especially when we've been playing so well," Archibald added.

"Most managers know how we play, teams have played different shapes and ways against us but we've adapted to that and we'll react to this defeat."