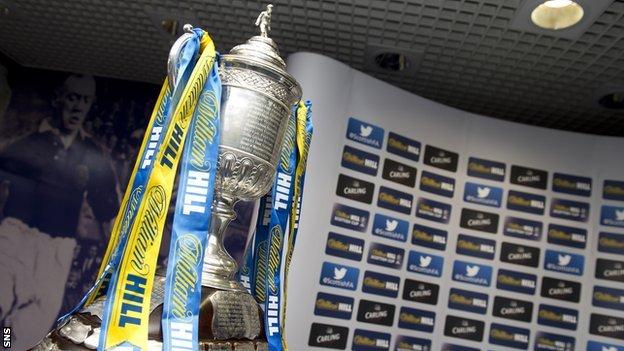 Berwick Rangers' home tie against Peterhead is the only pairing of senior Scottish teams in the draw for the second round of the Scottish Cup.

And Fort William could face Lossiemouth if they beat Newton Stewart and Culter in their respective replays.

Those teams featured in goalless draws in the first round of the cup and meet again on Saturday.

Preston Athletic's reward for their 4-3 win over Huntly is a trip to Hampden to take on Scottish League Two side Queen's Park.

The matches are scheduled to be played on Saturday 5 October.