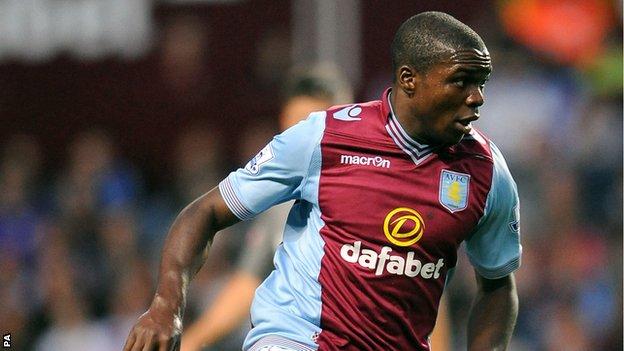 Aston Villa's summer signing Jores Okore could miss the rest of the season after discovering that he needs to undergo surgery on his right knee.

Denmark defender Okore, making only his third start for his new club, was taken off half an hour into Saturday's 2-1 home defeat against Newcastle.

And an MRI scan has revealed that the 20-year-old ruptured his anterior cruciate ligament.

The club estimate that Okore will be out for up to nine months.

That would rule him out for the rest of the campaign - only three months on from his arrival from Danish side Nordsjaelland on a four-year contract.

Villa's defeat - their third successive Premier League loss after a surprise opening-day win at Arsenal - left them 16th in the Premier League, above the relegation zone on goal difference.