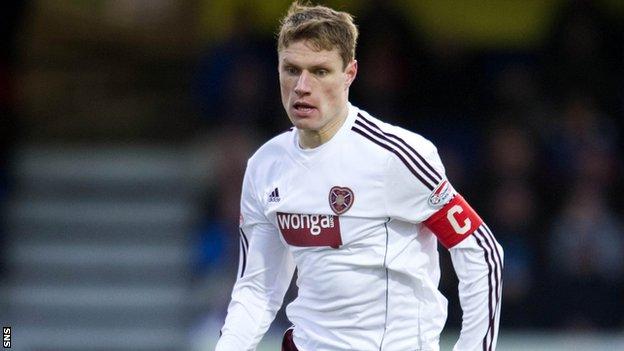 Former Hearts captain Marius Zaliukas is mulling over an offer to join Rangers.

The League One outfit said on their website they are awaiting an answer from the Lithuania international, who left Hearts this summer.

"He has now gone back home to contemplate it and to have a think. Hopefully, we'll hear from him soon," said McCoist.

He has trained with Rangers and McCoist said he would be a good addition to his squad.

"We as staff feel we should strengthen in the centre of defence although when you're getting hat-tricks from one of your centre-halves [captain Lee McCulloch] it's always encouraging and pleasing," said the Rangers boss.

"I just feel we need to think about the longer term and it's an area we definitely need to bring someone in."

The Ibrox club have also been holding talks with Bosnian international Boris Pandza.