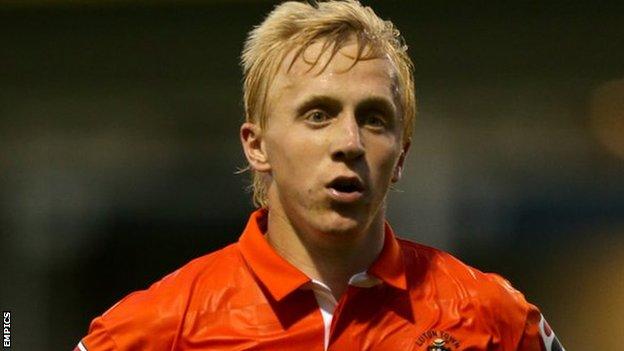 Gavin Williams broke through early on for the hosts but Mark Tyler saved superbly, and the Cards went behind through Cullen's deflected header.

Luke Guttridge then provided crosses for the next two goals as headers from Alex Lacey - his first Luton goal - and Cullen made it 3-0 to the Hatters.

Andre Gray then added a fourth when he turned home Jake Howells' throughball.

Cullen - who also scored twice on Saturday against Lincoln - could have had a hat-trick before Gray's first strike of the season when he hit the bar with another header.

And right at the death, young Hatters debutant Zane Banton saw an effort blocked by the keeper before Cullen's rebound was cleared off the line, but Luton claimed their third straight win.

Meanwhile, Woking have fallen into the relegation zone having lost six of their last eight games.