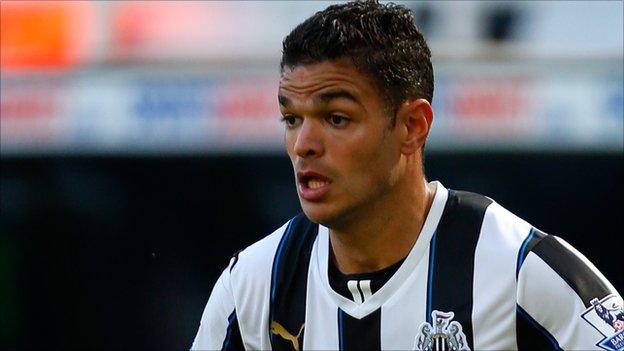 Newcastle United midfielder Hatem Ben Arfa believes he can have a greater impact on the Premier League now he has 'grown up' as a footballer.

Ben Arfa has been an ever-present in the Premier League this season, with two goals in his four appearances.

"It's important, 26 is a good age to do big things, I've grown up and I enjoy my life on and off the pitch."

European adventures proved costly to Newcastle and the Frenchman in particular last season, with hamstring niggles picked up against Maritimo in November, and then again versus Anzhi Makhachkala in March, restricting him to just 22 matches.

However, the former Marseille and Lyon playmaker is confident of maintaining his fitness for the remainder of the current campaign after his bright start.

"I am happy because I had a big pre-season and feel good," Ben Arfa added.

"The manager has given me confidence and responsibility and do my best, that has happened from the start this season so i hope it keeps going.

"This season will see the best of Hatem Ben Arfa, more consistency in every game, not just one good game, I want to play every game to a big level.

"My objective is to be more consistent, like the manager said, to keep going in every game until the end of the season."