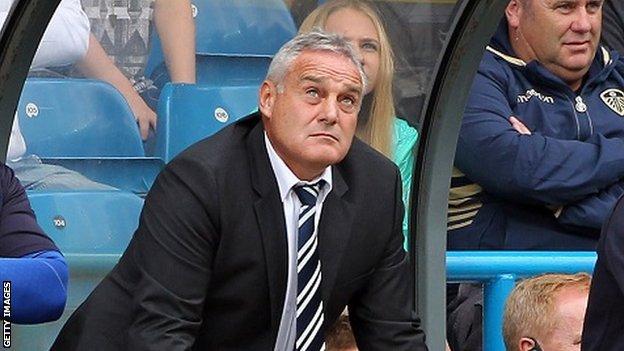 Sheffield Wednesday manager Dave Jones has said he understands and sympathises with supporters' frustrations at the side's results so far this season.

The Owls are 19th in the Championship, with no wins from their six matches.

"Sometimes when it's not working for them the players have to dig deep, stay strong and give the fans something to cheer about," said Jones.

"They're the ones who pay the money and they're going to have a go if they don't see what they want to see."

Jones brought in Wolves defender Roger Johnson on loan this week, in a bid to strengthen a defence which has yet to keep a clean sheet.

He has also signed Manchester City youngster George Swann on a month's youth loan, although the defender will feature primarily for the Development Squad.

Otherwise, however, Jones told BBC Radio Sheffield it is a case of getting the best out of the players he has available.

"If we get the opportunity to change it then we do change it, but at this moment in time we work with these players here," he said.

"They're good players, they all have a strength and they all have a weakness, otherwise they wouldn't be here, they'd all be in the Premier League or abroad in a stronger league, but they're not.

"We need to keep the ball a little bit better and if we get someone who can do that great, but if we can't we have to get the best out of what we've got and that's what we are trying to do."