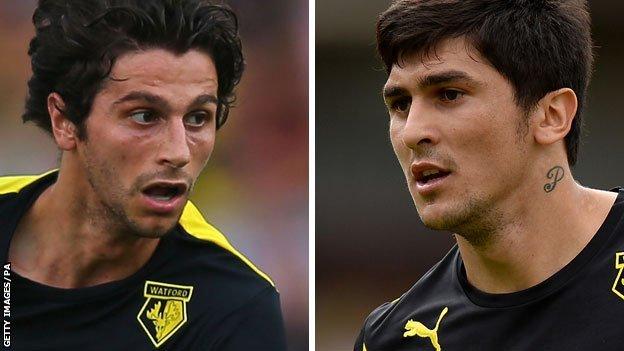 The attacking duo were substituted in

"I have said to both players that I think they can be big assets for us, but they must contribute more than they did [against Charlton]," Zola told BBC Three Counties Radio.

"They have to become team players and know when to release the ball. At the moment they are not effective enough."

The Hornets attacking pair have featured in all six Championship games this season but are yet to complete 90 minutes together.

In this season's Championship, the pair have played in every match but remains the only occasion when either completed a full 90 minutes.

"I want Diego to get on the ball more but he needs to learn that in England, you should stay on your feet and be a little tougher and stronger because you will not get so many fouls given in this league," Zola added.

"I am looking forward to he and Fernando improving to become more effective for us as I know how good they are technically."