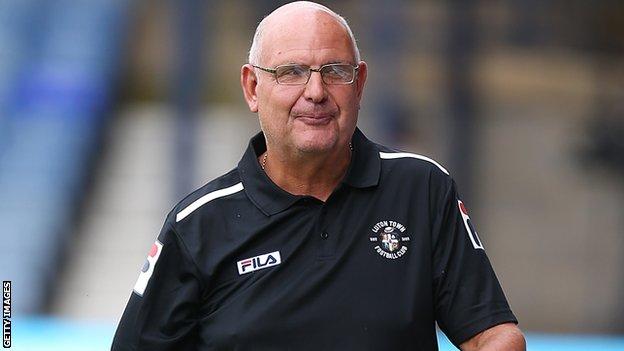 Luton manager John Still has admitted that, after eight games, the club are short of his pre-season points target.

The Hatters currently lie 14th in the Conference Premier with 10 points - 10 adrift of league leaders Cambridge.

In eight Conference Premier games this season, Luton have failed to score in five of them:

"I was always clear about ignoring the table until we were eight games in, and points-wise we are short of my target," he told BBC Three Counties Radio.

"We're not far off and up until Friday I thought we were playing well."

Still was appointed at Kenilworth Road last March and overhauled the club's playing staff over the summer with 20 departures and 12 arrivals.

This season, while having the division's second-meanest defence, Luton are the joint-lowest scorers, netting just five goals - one more than they have conceded.

"I am certainly worried about the lack of goals," he added.

"The concerning thing is, it is not goal scoring as such, it's that we are not creating chances. The players are getting in good positions and just making bad decisions."