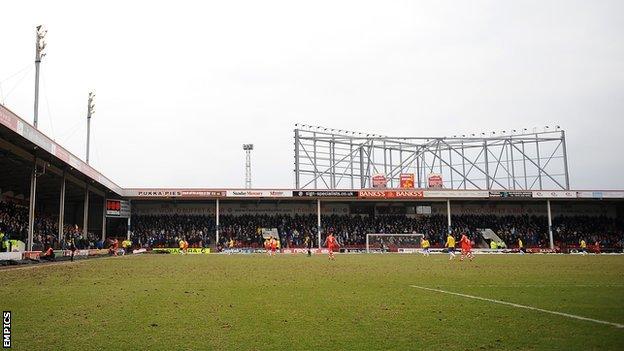 Walsall have apologised unreservedly to Wolverhampton Wanderers and their fans after an offensive message appeared on the Saddlers' official Twitter account.

The League One club said their account had been hacked after their 1-0 derby victory and a "derogative and frankly disgusting tweet" had been published.

Walsall said they deleted the tweet as soon as they became aware of it.

A full investigation will be launched and "the strongest action" taken against the culprit, added the club.

Before being deleted, the offending message was retweeted more than 3,000 times after the first league meeting between the Black Country clubs since January 2003.