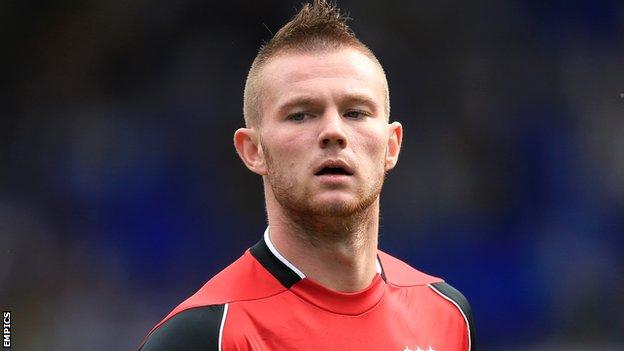 The 20-year-old, who is at Portman Road until January, made his sixth appearance for Town in

"I know he's enjoying it and he looks like he is because he's playing well."

Tunnicliffe, who has previously had loan spells at Peterborough and Barnsley, has started each of Ipswich's current three-game unbeaten run, taking in a draw against Birmingham and victories over Middlesbrough and Yeovil.

"Tunners is great. I'm really, really delighted with him," added McCarthy of the United academy product.

"I think he's a real talent and we're lucky to have him."

Aaron Cresswell's winner against the Glovers made him the fourth different defender to score for Town this season - after Tommy Smith, Christophe Berra and Luke Chambers.

And while Ipswich are the sixth-highest Championship scorers this term, McCarthy wants more of a contribution from his midfielders.

"We wanted people to chip in because we were the lowest scorers last season," he said. "Funnily enough we're one of the highest scorers at the moment.

"We need Luke Hyam to chip in, Cole Skuse to chip in and the wide players to chip in. But we're having chances and looking like scoring goals now."