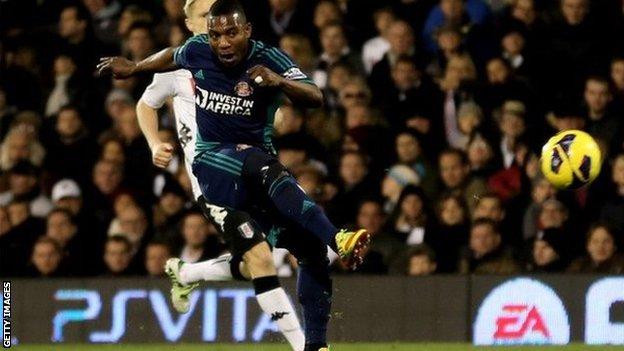 West Brom's record signing Stephane Sessegnon could make his debut against former club Sunderland on Saturday after he was granted a work permit.

The Benin midfielder, 29, joined on deadline day but was unavailable for Saturday's 1-1 draw at Fulham as he awaited the required paperwork.

"Stephane Sessegnon has been granted a work permit," a club statement read.

"The Baggies' club-record signing is now available to make his debut against his old club Sunderland on Saturday."

Sessegnon, who signed a three-year deal, is set to bolster West Brom's attacking options after a barren start to the campaign in front of goal.

Defender Gareth McAuley's late equaliser against the Cottagers was their first goal in the Premier League this season.