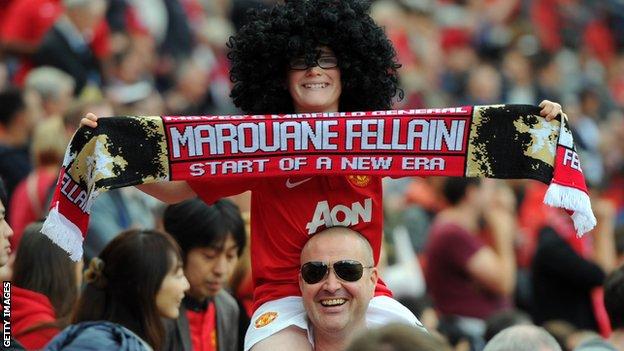 Manchester United will trial a 1,400-seat singing section for the Champions League home game against Spanish side Real Sociedad on 23 October.

Noise levels at Old Trafford have long been derided by the club's own fan groups and opposition supporters.

The club scrapped an earlier attempt at the venture after police refused to allow away fans to be relocated to the Sir Alex Ferguson Stand's third tier.

The singing section will be in the south-east corner of the ground.

Sociedad's travelling fans, who would normally be housed there, will instead be in the East Stand.

United midfielder Michael Carrick wrote on Twitter it was a "great idea".

As part of the fan-led initiative, season ticket holders will be given priority, with any remaining tickets then offered to members.

United attempted to increase noise levels at the club last season by appointing an acoustic engineer.