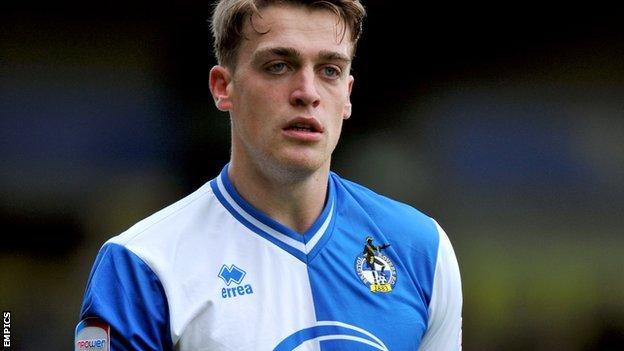 "Statistically, Tom has a goals record in the Football League of about one in two which is highly impressive," boss Steve Evans told BBC Radio Sheffield.

The 21-year-old former Oldham player is in line to make his debut for the Millers at Walsall on Saturday.

"It's imperative that you're playing first team football so I've now just got to give it my utmost," he told the club website.