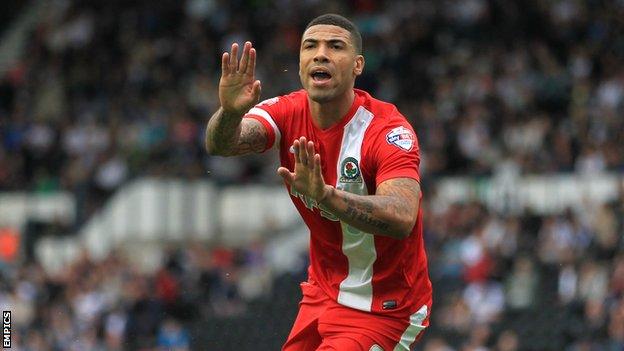 Blackburn Rovers manager Gary Bowyer says Leon Best is back in his plans after apologising for comments he made on social media.

Best, who has not featured for the Championship club since 16 August, questioned his lack of first-team opportunities at Ewood Park.

But the striker, who turned 27 on Thursday, is set to be involved against Huddersfield on Saturday.

"We're all mature enough to forgive and forget," said Bowyer.

He told BBC Radio Lancashire: "It's been dealt with internally. He's apologised to the staff and the players for the comments."

in July 2012, but a suffered in a pre-season friendly shortly after his arrival prevented him from making his Rovers debut until March.

He netted his first goal for the club on the opening day of the current campaign to but has only made two further appearances for Blackburn this term.

"Leon has had a and he's frustrated because he wanted to play," added Bowyer. "We're hoping that if he gets his chance against Huddersfield, he'll take his frustration out on them."