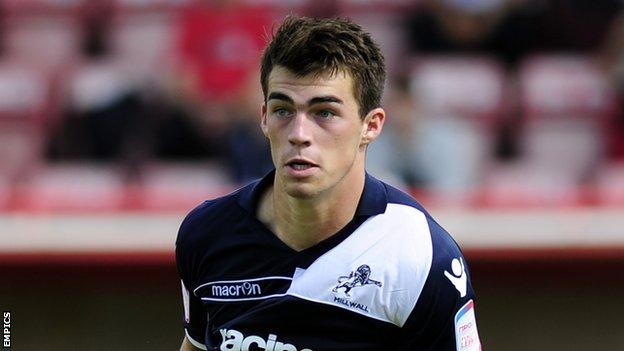 The 21-year-old played 13 times for Millwall last season, scoring once, but has featured in only one game for the club this term.

"We've had an eye on John for a while. We looked at it in the summer and now the time is right," Pompey boss Guy Whittingham told BBC Radio Solent.

On Bird, he added: "Ryan has done fantastic with us. He has trained so well but has not has the opportunity, so we need to keep him confident and staying on the goalscoring trail.

"I think Havant will give him games. He was a confident kid when he came here so we think it is right that he goes and plays some games."