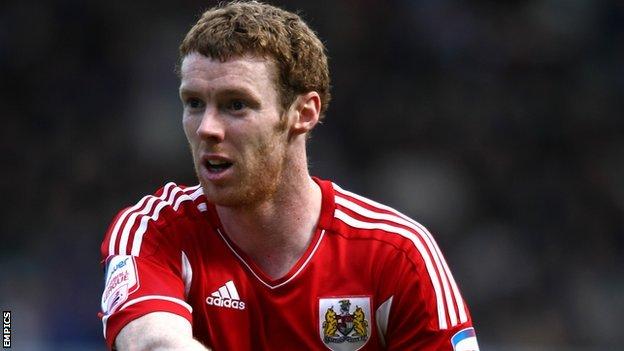 Bristol City midfielder Stephen Pearson has been ruled out for six months after undergoing surgery on an ankle injury.

The 30-year-old has not played a competitive game since being taken off in the game against Bolton in April.

He has since had an operation and is not expected to return until the last few weeks of this season.

"A similar operation on the knee and you would be looking at 12 months, but on the ankle probably six months," boss Sean O'Driscoll told the club website.

"His aim now is to make sure he gets as fit as possible for the latter part of the season.

"I think he tried to put it off for some time. It's just a straightforward clean up really, so he should have no problems with his rehab as long as he does it properly."

Pearson arrived at Ashton Gate on loan from Derby County in November 2011 before signing a permanent deal two months later.

He has made 67 appearances, scoring six goals.