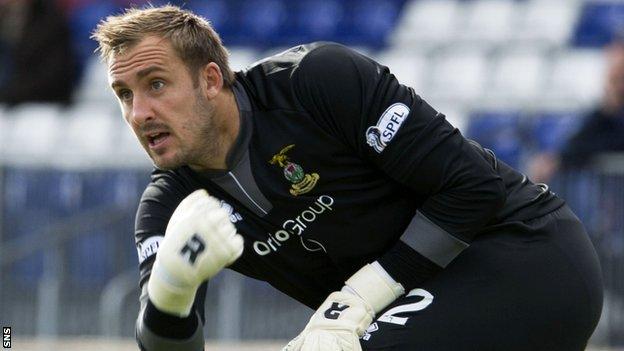 And the 27-year-old has started all six matches in the Highlanders' unbeaten start to the season.

"We're looking to do that and we've been speaking to [Luton manager] John Still, he's a good friend of mine as well," said Butcher.

"I'm very confident we can get that tied up pretty soon. Dean's been excellent for us. He's certainly grabbed his opportunity with both hands, literally as a goalkeeper would, as you would expect a goalkeeper to do.

"He commands the area well, he's not had that many saves to make, which is good.

"When he's called upon he's very strong, comes and collects crosses, kicks the ball a mile, talks well to his back four. He's been terrific.

"I'm lucky that I've got two excellent goalkeepers on my books here and it's disappointing for Ryan [Esson] that he's not in the team but I'm sure that he'll get an opportunity.

"And when he does get the opportunity, like any other player in the squad, they've got to grab it with both hands as well."