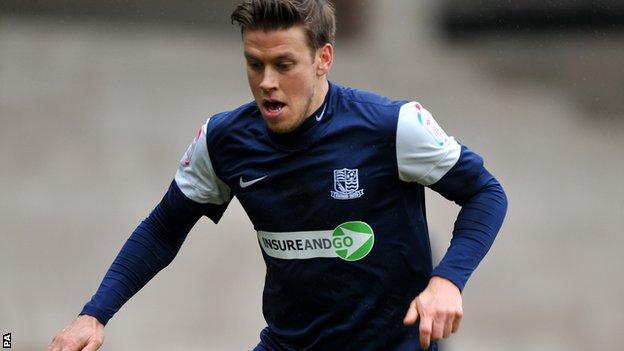 The only incident of note before the break came in injury time when Jack Payne tumbled in the box but the hosts' penalty appeals fell on deaf ears.

The Shrimpers started the second half brighter but it was Harrold who broke the deadlock on 51 minutes, rising high to head home a Michael Smith cross.

"I think the referee has got to be looking at the assistant to give him a hand. It's either inside the box or outside the box for a foul, or it's a booking for a dive.

"We've got a young lad [Jack Payne], and he's not a cheat. So why would he fall to ground, unless there's contact?

"He wasn't looking for the penalty, it's not something that he's been taught.

"He's gone down in the penalty area, if he carries on he's down the by-line and he puts a cross in and we may score."