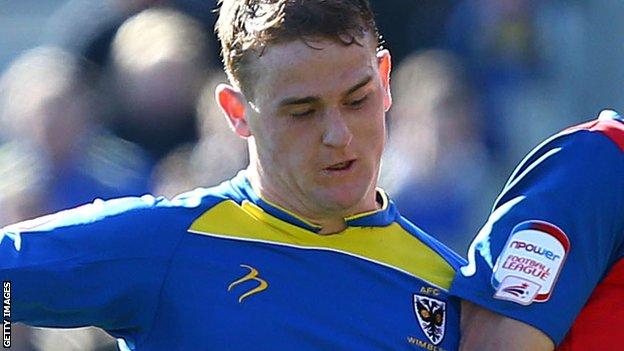 Strutton, 24, made his first appearance of the season for the Dons in last weekend's loss at Chesterfield.

He is expected to go straight into the squad for the Iron's Conference Premier match at home to Southport on Saturday.

Dons boss Neal Ardley told the club's official website: "I feel that the best thing for him is to go out and get more game time."

Braintree boss Alan Devonshire has made no secret of his desire to sign a forward, as his team have scored just eight goals in their nine matches so far this season.

Strutton missed much of last season with a knee injury but signed a new two-year contract in May.