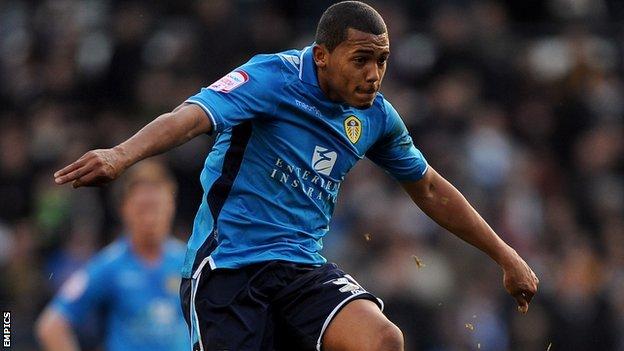 The 25-year-old agreed a permanent deal with the Elland Road club in December last year after initially joining on loan from Southend.

Hall could make his debut for the Blades against Preston on Saturday.

"It's difficult for Ryan to get a game here at the moment and I think this is the right move for him," Leeds boss Brian McDermott told BBC Radio Leeds.

"He's a player who plays off the strikers and we have two other guys who play there and he's not 19. Sometimes you have to let people go to get their career going.

"I'm not writing him off, I hope he does well there."