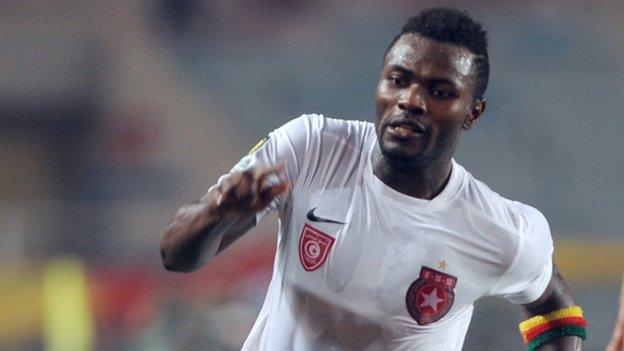 Stade Malien of Mali are through to the Confederation Cup semi-finals after they drew 0-0 with CS Sfaxien in Tunisia in their final Group A game.

The draw was enough to edge out another Tunisian outfit, Etoile Sahel, from the last four. Sahel could only draw 0-0 away to Saint George of Ethiopia to finish two points behind Stade Malien in the table.

Title favourites TP Mazembe of the Democratic Republic of Congo and CA Bizertin of Tunisia had already secured the top two Group B places before this weekend's fixtures.

Despite falling to a surprise 2-0 defeat at FUS Rabat of Morocco on Saturday, Mazembe finished as Group B winners. Halfi and El-Araoui secured the victory for FUS.

Entente Setif of Algeria remain bottom of the table despite beating Bizertin 1-0. Boukria scored the goal five minutes from time to give Setif a consolation win.

Mazembe, the 2010 Fifa Club World Cup runners-up to Inter Milan, finished one point ahead of Bizertin, who lifted the African Cup Winners Cup 25 years ago.

Both legs will be played in October.