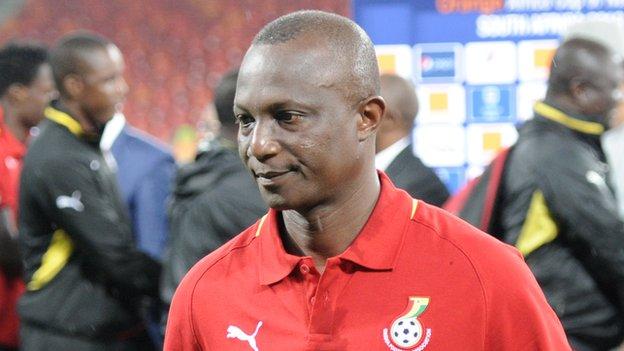 Ghana will host Egypt in the first leg of their 2014 World Cup play-off in Kumasi on 15 October.

The match had been set for 13 October but Ghana moved it to give coach Kwesi Appiah the maximum time to prepare.

Football's world governing body Fifa set a deadline of Friday for the match dates to be confirmed, following Monday's draw which was made in Cairo.

Winners of the two-legged ties will book their place at next year's finals in Brazil.

Ghana's meeting with Egypt will be held at the Baba Yara Stadium and will kick off at 1600 GMT.

It has the makings of a classic tie, with Ghana having lost only once in the group stage and Egypt coming into the tie with a 100% record - the only side on the continent to do so.