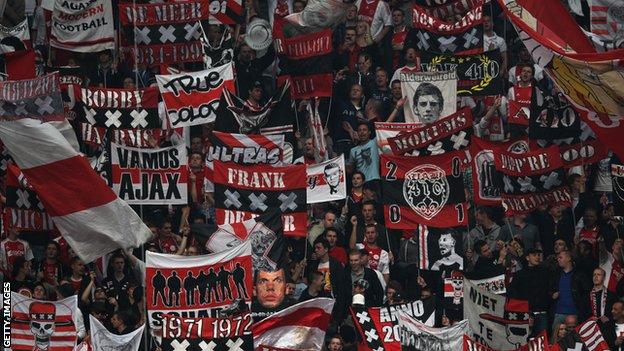 Dutch giants Ajax have lost a court bid to overturn a ban on their supporters attending Sunday's game at Eredivisie rivals PSV Eindhoven.

Ajax wanted fans to be allowed to travel to Eindhoven by coach after special trains from Amsterdam were cancelled because of engineering work.

"We are disappointed because the club think it important that its fans can attend all away matches," Ajax said.

They are fourth after taking 11 points from their opening six matches and will move above PSV with victory.

Unbeaten PSV are second on 12 points, one adrift of surprise leaders PEC Zwolle.