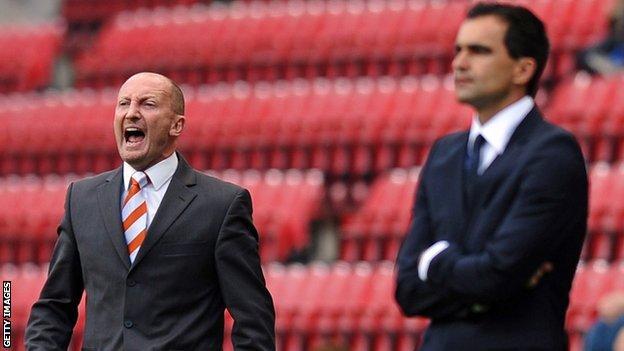 The 50-year-old watched Swansea, who were managed by Roberto Martinez at the time, "four or five times" after being sacked by Leicester in May 2008.

"Swansea changed how I see the whole of football," said Holloway, whose side play the Welsh club on Saturday.

"They made me realise how beautiful the game is and how passing and moving can make you a better defensive unit."

Holloway took over at Blackpool in May 2009 and guided the club into the Premier League, although the Seasiders were narrowly relegated after one season in the top flight.

He left Blackpool for Palace in 2012 and is back in England's top division after guiding them to promotion last season.

"I'm enjoying being here again," said Holloway, who will serve the second game of a two-match touchline ban in the game against Swansea.

"It is really exciting, as a coach you are tested day-in, day-out at this level."