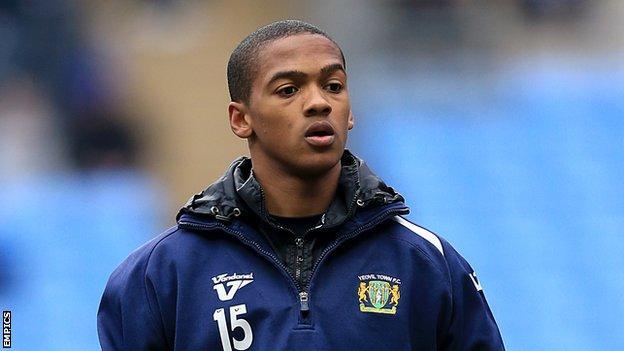 The 23-year-old, who was released by the Glovers earlier this month after making 17 appearances last season, joins the Shots until January.

"He's been on my radar for a long time," said Shots manager Andy Scott.

"He's very, very quick and wants to play regularly. It gives us something which we haven't really got, which is real raw pace."

The former Watford trainee, who is the brother of Manchester United and England winger Ashley, has also had spells at Burton, Hereford and Forest Green.

"He's in a similar mould to Ashley and he just needs to play football," Scott added.

"He's a Football League player who we're fortunate enough to get. Hopefully Lewis can come in and be a real asset to the club."