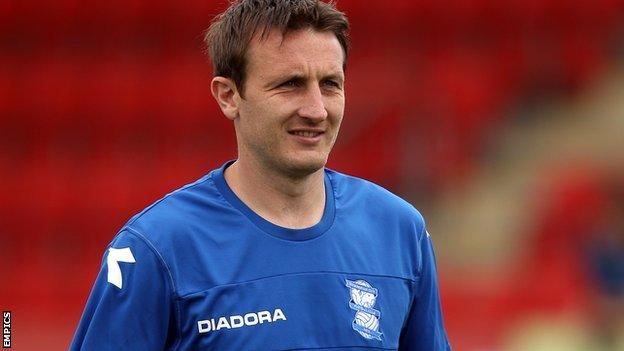 The former Wolves, Celtic and Cardiff man has been without a club since leaving the Bluebirds at the end of the 2011-12 season.

Subject to international clearance, the 33-year-old could make his debut in Saturday's home match against Rochdale.

James Beattie's side currently sit bottom of League Two with one point from seven games.

Naylor made his last competitive appearance in January 2012 when he played for Cardiff in their 4-2 defeat by West Brom in the FA Cup.