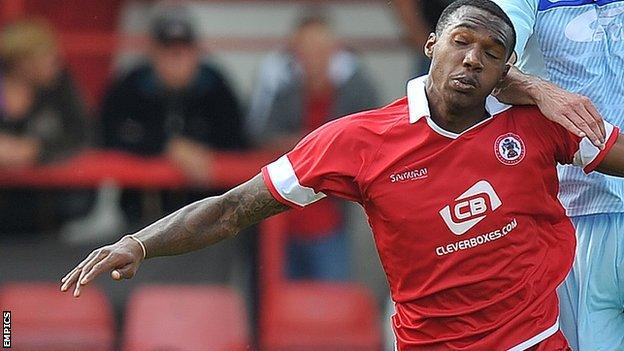 The Imps started to get on top late in the first half but were thwarted by keeper Nick Liversedge, who saved from Mamadou Fofana and Sean Newton.

The hosts made their dominance count after the break when Ben Tomlinson nodded in Newton's corner.

"They're always difficult games, these. The pressure's on you, the expectations are that you should go out there and win. We needed a goal to settle us down but to be fair I thought we were worthy winners.

"We could have scored more. We put some good balls across the box and I was pleased for Bohan, coming on and getting a couple of goals.

"It wasn't so much the performance today, we needed the points. We've had two good performances [against Luton and Hereford] and got no points from them so today was about getting the win."