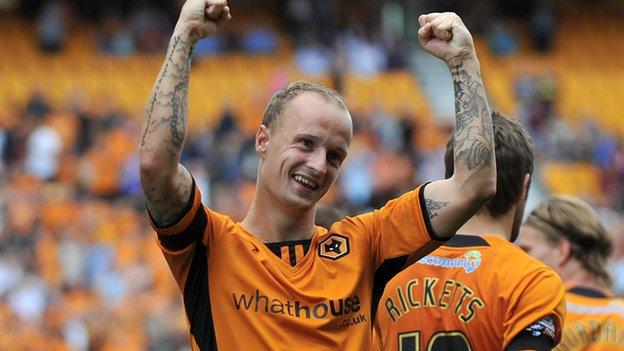 Griffiths bundled in his fifth goal of the season on 65 minutes after United goalkeeper George Long had saved his first effort from Sako's cross.

Sako then netted his own fifth strike of the campaign, blasting home a left-foot 30-yarder in the final minute.

The Blades' sixth straight defeat sends David Weir's men crashing to the bottom of the League One table.

But this latest loss was tough on the visitors, who dominated for long spells in the first half.

Wolves' win lifts them to within three points of top spot, thanks to neighbours Walsall, victors at Molineux 11 days before, this time doing Kenny Jackett's side a favour by becoming the first team to hold leaders Leyton Orient this season.

"I thought the lads' effort and application were top notch. The standard of the play in the first half was very very good.

"It's hard to be positive put we have to be.

"I thought we did a lot of good things.

"We controlled the game, passed the ball and we made opportunities but obviously didn't do enough to get in front."