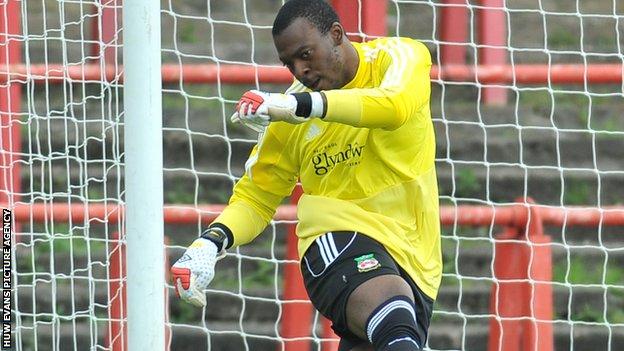 Wrexham missed the chance to inflict a first defeat of the season against Conference Premier leaders Cambridge at the Racecourse.

The Dragons gained a valuable point after a poor start to their campaign but a defensive error proved costly.

Leon Clowes' header on the sixth minute had given the home side the lead.

Defender Clowes, back in the side after injury, met a Johhny Hunt cross at the far-post to give the home side a 1-0 lead before Cambridge salvaged a point to keep their unbeaten record so far this season.

"We weren't fantastic but I thought we really dug in and defended when we had to.

"We are a one mistake from nicking the game and I felt we had the better chances in the game.

"A majority of the people in the ground would have taken a point before kick-off.

"We have stopped the rot and we go forward from here. They are a good team and are top of the league.

"We were underdogs for the first time in a long while and we will take the point and look forward to next week."

"We missed so many opportunities, not so much chances but opportunities to make the right pass, then go on to finish.

"It's another good effort from the team, the fifth game coming at the end of 15 days is always a tough effort.

"It's a good point, an excellent first part of the season.

"Twelve games and 28 points but I hope we don't rue the fact we've dropped two points here in my opinion."