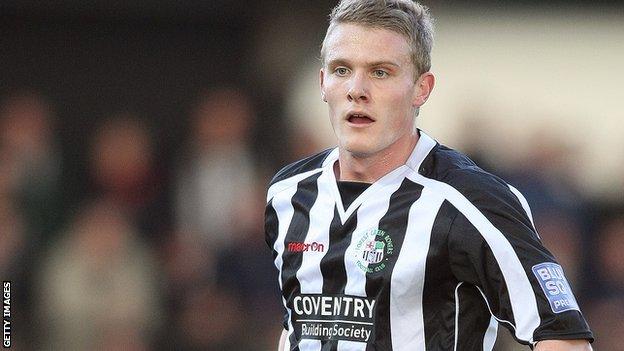 James Marwood went close for the visitors early on, but Klukowski swept home Rovers' first real chance when he tucked in a Chris Stokes' cross.

Klukowski almost made it 2-0 but Adam Bartlett tipped his shot wide and the keeper then denied Stokes.

Forest Green's win means they are 12th in the Conference Premier table, five points and four places clear of Gateshead.

"It's a great three points and a clean sheet. We've been untested apart from some hopeful crosses at the end and we've probably created more chances in this game than we have in the last four games put together.

"I thought some of the counter attacks were a joy to behold. We've shown we can play, and we can grind it out.

"It was a great team effort, it was a gutsy, honest performance.

"That's a big three points. Although we should have won the game by more, I still felt that we looked strong."