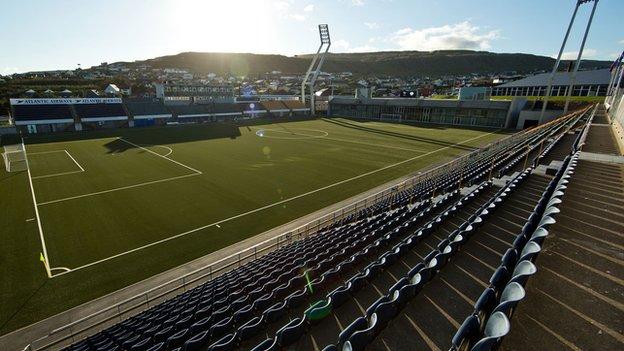 They open their World Cup qualifying campaign against the Faroe Islands on Sunday and, for Scotland's women, the road to the finals in Canada in 2015 cannot start soon enough.

the Scots are eager to put things to rights.

Last October, Spain scored with the last kick of extra time to edge a 3-2 win and end Scottish hopes.

The pain is still palpable today, but captain Gemma Fay is seeing the positives.

"Each time we go into a qualification campaign our ability to reach the finals gets greater," she says.

"I think there's a real belief about [reaching] Canada - and that loss from the European Championship is driving us forward.

"It's really important to get a result from the first two games, so this is an important match."

Anna Signeul's side begin their campaign against the third smallest member nation of Uefa in Torshavn, where an artificial pitch awaits.

Scotland insist that the surface will not hinder their chances. Many of Scotland's players, after all, are used to playing on so-called "plastic" pitches.

The introduction of the artificial pitch in Torshavn is one of a number of changes already under way at the stadium here.

Floodlights are now in place, and a new south stand is already in the making. In the near future, the stadium will be fully enclosed, with a roof covering all four stands.

The investment is a sure sign of the Faroese commitment to the future of the game in their country.

The artificial surfaces are already proving a major hit with their younger players and the ability to train all year round in inclement weather means that more and more islanders are taking up the sport.

Women's football in the Faroe Islands is growing in popularity and is reaping the benefits of the improved facilities.

The national side, which trains together at the stadium once a week, have reached World Cup qualifiers for the first time.

They had to come through a preliminary competition in which the lowest-ranking teams were drawn into groups of four and the two best placed teams in each group advanced to the qualification group stage.

The Faroese took on Montenegro, Georgia and Lithuania and finished top of their group with seven points.

"Sweden and Scotland will be the best teams - but the Faroe Islands have a chance to win, especially at home," he said.

"Our biggest challenge will be in defence. It's always important to get good results, and I hope that in coming years we will be much better.

"It's fantastic to reach the qualifying stages."

The Faroe Islands squad is an eclectic mix - the youngest member is just 17, while the oldest is 40. There are a pair of twins involved, plus two sisters.

There could also have been a mother and daughter playing in the same team against Scotland - Bara and Eyovar Klakkstein.

The pairing set a world record in 2012 when they became the first ever mother and daughter to play in the same team for their country - they beat Luxembourg 6-0 in a friendly.

On Sunday, though, Eyovar is away with the Faroe Island's Under-19s squad in Finland.

The match this weekend promises to be an enthralling encounter and a real test of nerve for Scotland's women.

A win would set them in good stead for their game against Bosnia-Herzegovina on Thursday.