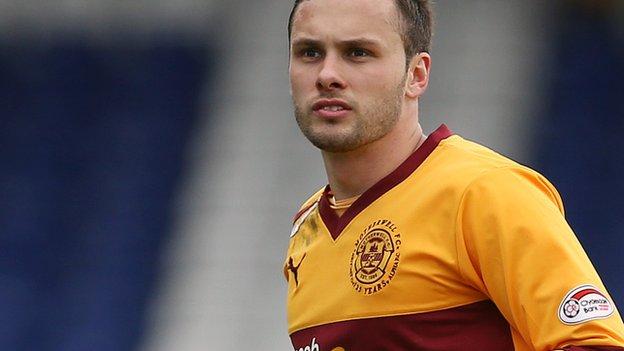 The 24-year-old made his Rovers debut on Saturday, starting in their 2-0 League One loss at Notts County.

Hateley, son of ex-England striker Mark, made 173 appearances for Motherwell but rejected the offer of a new contract in the summer.

"I'm really pleased to be able to add Tom to our squad," Tranmere manager Ronnie Moore told the club website.

"He's been with us for a couple of days and he's looked sharp and raring to go. He's strong, uses the ball well and his delivery into the box is good.

"He can play right back or the holding role in midfield so he gives us options in a couple of areas."