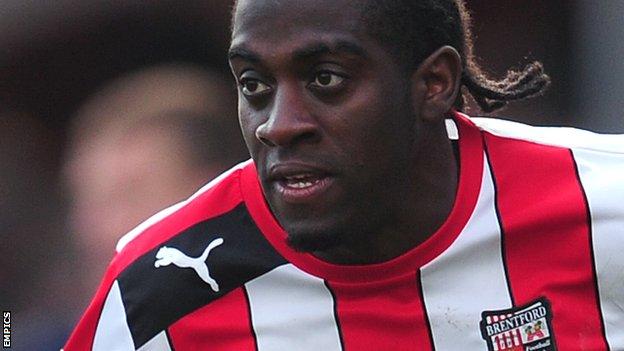 Coventry suffered their first League One defeat at their Sixfields 'home' this season at the hands of Brentford.

Clayton Donaldson and Martin Taylor netted for the Bees to lift them up one place in the table to 10th, while Coventry remain third from bottom.

Ex-Crewe striker Donaldson pounced on an error by Cyrus Christie to slot in past Sky Blues keeper Joe Murphy.

On-loan centre-back Taylor headed in from a corner, his second goal in three games for Brentford, to seal the win.

Coventry, who were after being placed in administration, had erased that deficit with three wins and one draw from their first four games at their

Leon Clarke wasted their best chance prior to Donaldson's opener, while Callum Wilson was denied by Brentford goalkeeper Richard Lee with the game delicately poised at 1-0.

Christie atoned for his earlier mistake by clearing Farid El Alagui's effort off the line late on, but the result was already beyond doubt by then.