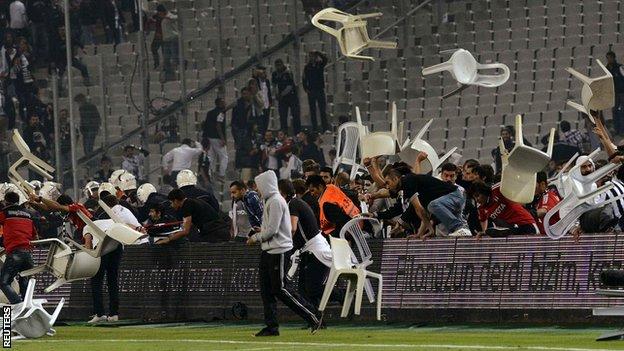 The Istanbul derby between Turkish giants Besiktas and Galatasaray was abandoned after supporters invaded the pitch at the Olympic Stadium.

Hundreds of fans rushed on to the field after Galatasaray midfielder Felipe Melo was sent off in injury time.

Galatasaray were leading 2-1 when both sets of players were forced to run back to the changing rooms.

The match was the first derby of the season and follows months of civil unrest in Turkey's largest city.

It has been reported by Turkish media that the trouble started after simmering tensions between Besiktas fans and riot police inside the stadium.