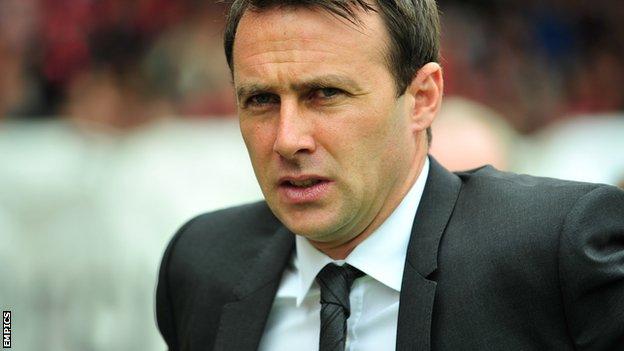 Manager Dougie Freedman says he will not quit Bolton and is determined to end their terrible start to the season.

Wanderers, who were on Saturday, are bottom of the Championship and without a win from their first eight league matches.

But the 39-year-old has insisted he will not walk away from the challenge.

followed by a poor start to the 2013-14 campaign, has left Freedman's position at the Reebok Stadium under scrutiny.

He told BBC Radio Manchester: "We turned a lot around last season when we gathered some momentum. We are slipping over in certain matches but we're certainly not falling down."

Bolton host third-bottom Yeovil on Saturday, with Freedman declaring it is a game from which his side must emerge victorious.

"It is a big match and simply a match we've got to win," added the Scot. "The good thing about is that these players can win football matches if they're focused and concentrated for 95 minutes rather than 80 minutes."