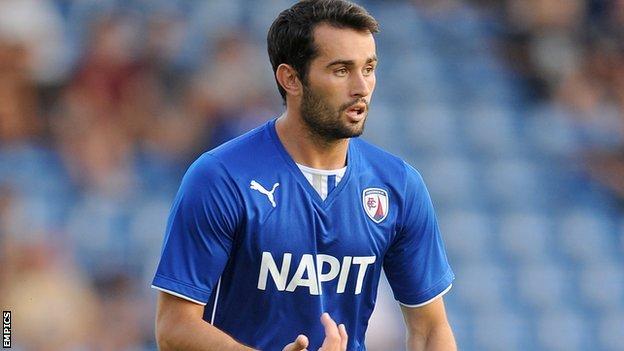 Chesterfield have confirmed that defender Sam Hird has been taken off the transfer list.

The 26-year-old was placed on the list in April as manager Paul Cook looked to re-shape his first-team squad.

However, the former Doncaster defender has made an impressive start to the season, playing in every match for the League Two table toppers.

The Spireites, who have won seven and drawn one of their eight league games so far, face Mansfield on Saturday.