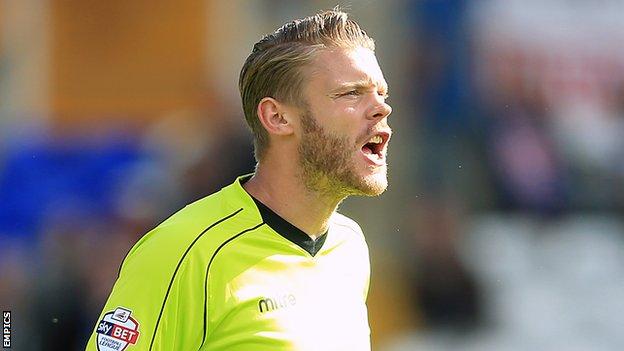 Ipswich Town boss Mick McCarthy has said Dean Gerken's "comic" error against Wigan will not cost the goalkeeper his place in the side.

"It's an honest mistake. He's made a rick," McCarthy told BBC Radio Suffolk.

"I think he's been excellent so that's not going to affect his position in the team. No chance. He's been good enough so he'll be in the nets on Saturday."

But the 28-year-old has usurped Loach and been first choice for the past four games.

And despite being at fault for Powell's goal, he will continue between the posts against Brighton next week.

"That was just crazy comic cuts at the end. He should have headed it, he knows. 'Shoulda, woulda, coulda' afterwards - it's just a mistake," said McCarthy.